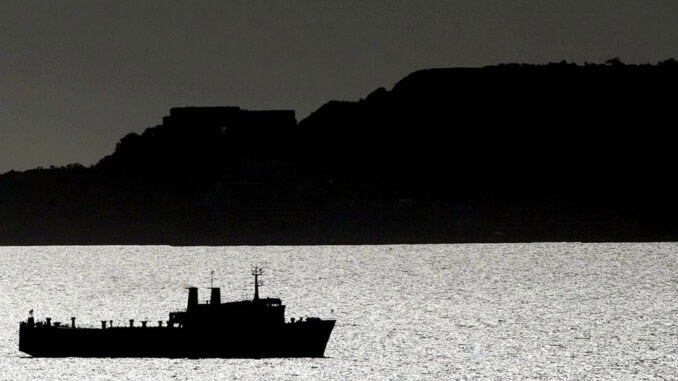 The global shipping industry needs to work more closely with the governance framework of affected countries and ensure greater transparency and accountability for cargo movements, especially in light of recent high-profile accidents involving defective or polluting cargo in the hold. The shipping industry also needs to work harder on preventing dark oil transfers from taking place at sea – where many illicit transactions may take place beneath the radar.

Shipping has evolved from a slow, methodical process into one that is highly disruptive, as dark oil transfers from one vessel to another threaten to ruin open maritime trade. A small group of organizations is working with governments, shipping lines, and academic institutions to develop standards and tools that could help prevent such disruptions. A new agreement between several leading shipping lines would require their ships to carry monitoring technology that detects dark oil—a sign that vessels carrying oil cannot pass through with little effort.

So it is no surprise that there is a rise in Ship to Ship (STS) transfers of dark oil going on. The ironic thing is that it has not been calculated into global supply and demand pricing components. So what is the expectation that this will impact the world pricing standards?

This brings up another interesting topic. OPEC and OPEC + have not been able to fully enforce production quotas on their members for some time. So the spoofing or doping of dark oil has been a long-term problem for the accountability of oil production.

The United Arab Emirates has resolved its standoff with OPEC+ and reached a compromise deal that will give it a new output quota, said a delegate.

Last week, the Organization of Petroleum Exporting Countries and its allies were forced to abandon a tentative deal to boost oil production because of last minute objections from the UAE. If the compromise is ratified at a new meeting, it could potentially open the way to higher output, although some members have already locked in most of their supply volumes for August.

The UAE has agreed on a new baseline of 3.65 million barrels a day for its production cuts, the delegate said, an increase from about 3.17 million currently. The country will now support a proposal from Saudi Arabia to extend the duration of the OPEC+ cuts agreement to December 2022, the delegate said.‍

As both Iran and Venezuela have boosted exports, cargo trackers have detected an increased number of STS transfers in open waters over the last year. They take place off Malaysia’s coast, at locations off Africa and also in the Caribbean, shipping and trading companies say.

“Bigger players conduct a larger number of voyages, exposing them to more and a greater variety of fraudulent behavior,” she said.

Royal Dutch Shell (RDSa.L), which used over 4,000 ports, terminals, and berths around the world last year, has raised the issue of risks with cargo documentation, which is not standardized across the industry with different regulations in different jurisdictions adding to the complexity, a spokesperson said.

What does this mean for your pocketbook?

Well, our research team has been looking at the world oil price increase, and it is not just a simple supply and demand matrix. What we are finding is the long-term effect is a severe case of the Bulls. The oil prices will be increasing in every model we are looking at.

They have reached an agreement and as we posted earlier, and there will be little impact on oil pricing. The previous spoofing and trading outside OPEC production quotas will countries to ship oil to anyone that will buy it.

The extreme bottom line – Oil and gas prices are going up – Not if but how much.