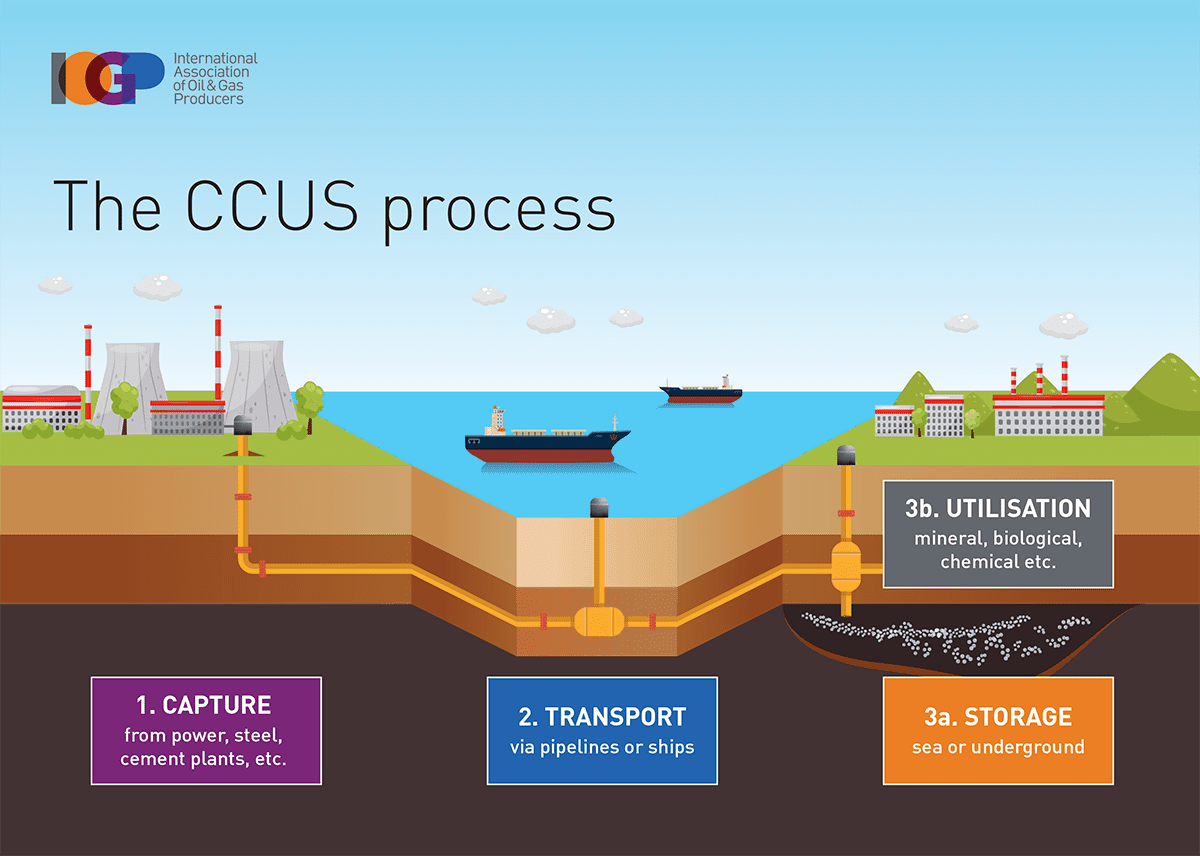 There are several main reasons CCUS should be of interest to the oil and gas industry and alternative investors. The ESG investment community has started turning the corner on investing in the oil and gas markets due to the high commodity pricing. Coupled with a total market shutdown in regular investing strategies, this has left the investment community to wrestle with their conscience and see how far their commitment to ESG investing is.

Carbon Capture, Utilization & Storage is defined by the U.S. Department of Energy as:

Carbon capture, utilization and storage (CCUS), also referred to as carbon capture, utilization and sequestration, is a process that captures carbon dioxide emissions from sources like coal-fired power plants and either reuses or stores it so it will not enter the atmosphere. Carbon dioxide storage in geologic formations includes oil and gas reservoirs, unmineable coal seams and deep saline reservoirs -- structures that have stored crude oil, natural gas, brine and carbon dioxide over millions of years.

Occidental Petroleum has really taken the leadership role in the United States for CCUS and sees this as a $5 trillion dollar opportunity. The other U.S. major oil companies have not embraced the same path, but instead have invested more into renewable energy.

In a release from Occidental Petroleum, they made several large-scale announcements.

(OXY -2.01%) sees tremendous potential for carbon capture and storage (CCS). The process that extracts carbon dioxide from the air and stores it underground could help significantly reduce climate-impacting carbon emissions in the future. CCS is not only good for the environment, but it also represents a potentially lucrative market opportunity.

Occidental believes that CCS could become a $3 trillion to $5 trillion global market in the future. Because of that, the oil company estimates that it could eventually generate as much in earnings and cash flow from its CCS business as it currently makes by producing oil and gas. That’s leading the company to take several steps to capture this massive opportunity.

Leveraging its expertise in carbon dioxide

The company wants to leverage its expertise in transporting and injecting carbon dioxide to capitalize on the enormous need for CCS. It formed a new subsidiary, Oxy Low Carbon Ventures, to pursue commercial opportunities in this emerging sector. In 2020, the company partnered with a private equity firm to form 1PointFive to finance and deploy large-scale direct air capture (DAC) technology. These systems can pull carbon dioxide out of the air so it can be used or stored underground.

The company is building its first DAC facility in the Permian Basin, where it will be able to capture up to 1 million metric tons of atmospheric carbon dioxide annually. Occidental will inject this carbon dioxide into its oil fields to sequester it and increase the oil output from those wells.

As there are still investors looking to invest in commodity stocks while keeping their ESG funds intact, Occidental is providing an option for those investors with the new clean air technology they are implementing.

Selling the carbon credits goes straight to the bottom line, and we will see more companies follow as OXY paves the way.

As always, check with your CPA if alternative investments are good for your portfolio.