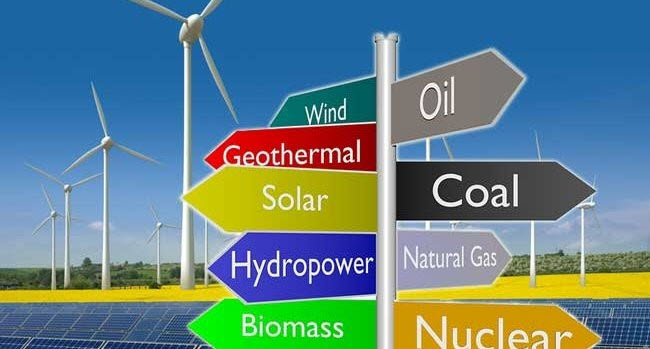 The International Energy Agency’s (IEA) sustainable energy roadmap shows the difficulty that lies ahead in transforming global energy systems towards net-zero emissions. The roadmap also includes more measures to deal with climate change, such as a shift from coal to gas. These measures, however, are not enough in the short term to meet existing pledges made by countries under the Paris Agreement.

The switch from coal to gas is kind of funny as natural gas is still frowned upon in almost every “Greener” discussion. Coal use around the world is going up, and the pricing for natural gas is also going up. More energy is needed at a greater rate than can be provided by the more expensive “Greener” solutions. The move to renewable nirvana cannot take place without oil and natural gas.

John Kemp is a Reuters market analyst and published the following today.

“Like the Rorschach inkblot test, reactions to the report reveal more about the reader’s own views on how energy and climate systems change than about the technical contents of the report itself.

Reducing net emissions to zero by mid-century is consistent with the goal of limiting the long-term increase in average global temperatures to 1.5 degrees Celsius (2.7°F) to which global policymakers have committed themselves.

But in the short term, emissions are on a rising trend, notwithstanding a temporary decline during the COVID-19 pandemic, putting the world a long way off track.

‍“The gap between rhetoric and action needs to close,” the IEA said when it launched the report in May, adding it will require “a total transformation of the energy systems that underpin our economies”.

The report is the agency’s official input into the next round of climate change negotiations to be hosted by the United Kingdom towards the end of 2021.

It sets out more than 400 milestones to transform the global energy system from one dominated by fossil fuels to one predominantly based on renewables in the next 30 years.

The agency said the report, which it described as a roadmap for the global energy system, represents “a path, not necessarily the path” (emphasis added).

But it believes the plan is the most technically feasible, cost‐effective and socially acceptable route to net zero while ensuring continued economic growth and secure energy supplies.

“[The] pathway remains narrow and extremely challenging” but it is feasible provided governments, businesses, investors and citizens “take action this year and every year after so that the goal does not slip out of reach” (emphasis added).”

The key paragraph from John is “By contrast, large-scale macro changes in the global energy system as a whole, such as replacement of traditional biofuels by coal and later oil, have typically taken 50-100 years from start to finish.”

The sudden and change to renewables by no less than gunpoint is absolutely a farce. The infrastructure, energy storage cannot be changed overnight. Look at the large-scale change on changes to reliable energy in the past have been from 50 to 100 years. Our current infrastructure in the United States cannot support the dramatic changes placed on a system designed in the 40s and not updated to modern standards and technology to match renewable’s technological requirements.

Ok, so if the United States needs another 50 years. How about Africa, South America, Asia, China? Some of the largest polluters on the planet cannot change in the next 100 years without natural gas and oil. Don’t get me wrong; we need to do what is right for the environment and get people reliable, cost-effective power. We believe in and practice ESG and taking care of people. Stay tuned for more information on the transition to “Greener” from our research team at King Operating.