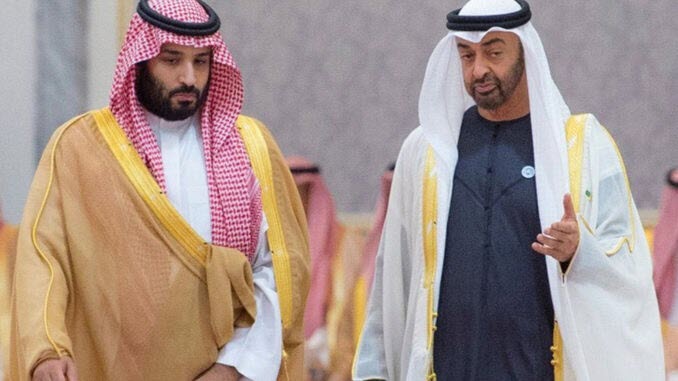 It is widely expected that the price of petrol will be hiked across the emulation in the coming months as a result of the growing political and economic tension between Saudi Arabia and the UAE. While the exact details are yet to be determined, there are already rumblings that the introduction of new investments into U.S. oil and gas operators.

Our team at King Operating has been reviewing the data in the markets, and it is pointing to one thing; Higher oil and gas prices. Let’s go through some of the short and long-term influential talking points.

The Saudis and the Russians had come to a compromise: The Saudis would increase production by 400,000 bpd (or about half a million barrels a day) every month through 2021, starting in February, and then gradually reduce output to roughly 2012 levels by the end of the year — a full 18 months ahead of schedule.

From Bloomberg on July 11th.

The United Arab Emirates refused to do so if the alliance didn’t address what it sees as an unfairly low baseline production level from which its cuts are measured. Saudi Arabia balked at fiddling with that starting point and, more importantly, it wouldn’t approve the output increases without the extension.

It blamed the UAE for blocking an agreement to pump the extra oil the market will need in the coming months. As news of the failure sunk in oil prices soared, with U.S. West Texas Intermediate hitting its highest since 2014.

The mood ought to still be extremely bullish, but OPEC+’s failure has left a void that’s being filled by a bearish narrative. The day after WTI hit its six-and-a-half-year high, it had dropped by $6 a barrel.

With no date set for the full group to meet again, the existing deal holds, which means no more output increases until May 2022.

The Oil Field Service companies have been hit by an unbelievable string of fewer rigs being contracted and fewer employees. There is no way a rig can be spun up from cold storage to operational quickly or economically. The increased cost for drilling will be passed on to the consumers resulting in $4, $5, and even higher gas prices at the pump.

OFS job losses since February 2020 are estimated to be heaviest in Texas and Louisiana, which are the nation’s leaders in oil and gas production. According to BLS data, the states hit hardest by OFS job losses over the past year are:

We do not have the number of rigs online to even produce the oil demand and appetite in the U.S. today. As we cannot meet demand, our imports will go up from OPEC and other countries. That is a national security issue, and the prices are dictated by countries that need the prices to go higher. Saudia Arabia’s Aramco this year had to assume billions of dollars in dept to pay Saudi Arabia’s social programs due to low oil prices. The Saudi’s have one of the lowest costs to produce oil, but the highest demand for social programs from profits. They need an estimated $120 per barrel price to meet their fiscal responsibilities.

They are all interested in higher oil prices and do not have the United States’ best interests in mind.

Importing, OPEC, and problems in the OFS companies all add up to higher prices. These increased prices in oil and companies that can perform have to opportunity to give the investors great returns on properly managed assets.