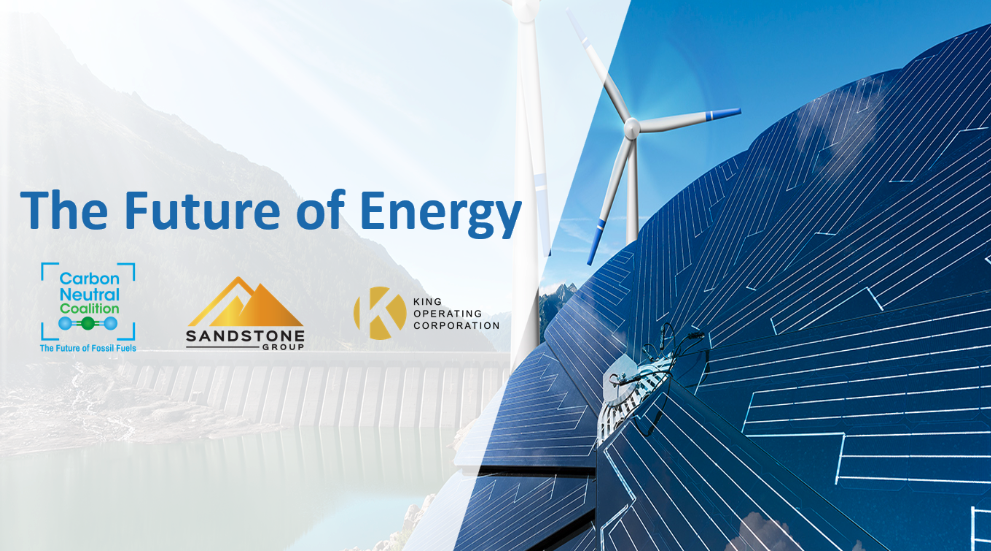 I was honored to participate in a panel discussion yesterday at John Mauldin’s SIC2022 conference. The title of SIC2022 is “Goodbye Normal”, the most important SIC we’ve ever held. And looking at the all-star lineup, it made sense.

There is no “normal” in the markets. In that context, this panel discussion focused on the future of energy with the following focus: getting to carbon neutral while providing the lowest cost KWH to consumers and the lowest impact to the environment. These goals are admirable but complicated.

Let’s take a look at some highlights of each panelist’s perspective.

Charles McConnell, Executive Director for Carbon Management and Energy Sustainability at the University of Houston represented the Carbon Neutral Coalition. With years of experience in the energy sector, his perspective centered on the coalition striving to educate the market around the critical issue of becoming carbon neutral.

Chuck said it comes down to two things really, keeping the cost down and minimal impact to the environment. Also, consumers may have a chance to exit the energy crisis with at least some money in their pockets.

His leadership and the Coalition’s impact will have national impact in pursuit of achieving carbon neutrality. Chuck did stress, that while they are doing what is best for Texas, it may require a different approach in other parts of the country. Things like this are local. And local is unique in every way to that geography.

Stu Turley, President, and CEO of the Sandstone Group, an energy industry analyst firm. Stu had some insights into the new pricing matrices in play. While supply and demand are the cornerstone of any pricing matrix, the new oil and gas pricing structure has become a whole lot more complicated. There are several key components making up a complex formula with geopolitical, self-serving countries policies and interests, financial, regulatory, and consumer opinions.

In the geopolitical space, Russia has dominated the news and will have significant long-term impact on the price of energy and oil and gas. We are in the first world financial war and are on the front-line witnessing the damage to all countries involved in trade with Russia. After Covid and printing money around the world, inflation is soaring and the energy crisis has only exacerbated the financial crisis.

Stu mentioned that sanctions don’t work. Iran has built a system and been shipping oil for years outside the OPEC and OPEC + production quotas and pricing models to places like California. They successfully insulated themselves from the normally cash-flow-crushing sanctions cause, but their citizens were harmed by the availability of consumer goods and food. The government kept running and enriching uranium. Russia has learned from the Iran play book and has insulated themselves to a certain degree and will be able to sell oil to India, California and other countries.

Also, John asked a great question about all of the oilfield service companies exiting Russia. What’s the impact? It’s wiping out the qualified labor force along with the brain trust of oil field operations. That will have a huge negative impact on Russian production. But with Europe starting to impose sanctions, Russia will still have customers outside normal oil pricing matrices and thus cash flow.

The new pricing model is based upon the critical minerals (or rare earth minerals) commodities pricing tool Sandstone has in production and is in the process of validating.

Here are some highlights of more market perspective from Sandstone.

I was on deck next and brought up some key issues in United States oil and gas production. With the move to “greener” energy, available capital has largely dried up. Look no further than the executive suite of public companies where profits are reinvested in stock rather than into drilling programs that fund the migration of oil companies to green energy companies. Exxon this past quarter is giving back $30 billion in a stock buy back program while taking a $4 Billion write off from exiting Russia.

Chevron announced on its earning call that they were going to modestly increase CapEx spending by 10%. Well, we talked about on the panel the drilling costs almost doubling, so a 10% increase in CapEx does not keep up with inflation, let alone the drilling required for replacing regular decline curves.

We need over $1.2 trillion in the next 8 years to drill in the world just to meet current levels of demand and decline curves. So, with the oil and gas companies not committing to drilling programs we are not going to see relief in the energy crisis soon.

Take a look at the last 10 years of oil and gas as a percentage of forms of energy for electrical generation and it has remained at approximately 78%. Renewables grew from 4 to 11%. Why was oil and gas flat, and renewable energy grew? The demand for more power simply outstripped supply.

We are not in a short-term fix to get energy and inflation under control. It will take years and a comprehensive plan to get the right steps moving.

Having Chuck on the panel to talk about the Carbon Neutral Coalition was fabulous. It really set the tone of the panel that we are not just oil and gas, but rather needing to reduce the carbon footprint by using any power source that economically makes sense.

While this conversation leaned ESG in moments, it was more than that. It helped me see that I am on the right path to deliver low-cost energy to the United States market with the least amount of impact on the environment and give maximum returns to my equity partners along the way.

John, thank you for your leadership in creating a community and platform for investors to discuss these critical topics.

As always check with your CPA if alternative investments are a good fit for your portfolio.

‍‍Find out if Oil and Gas investing is the right for you HERE.‍