Here are three reasons why the natural gas prices could still double from here. 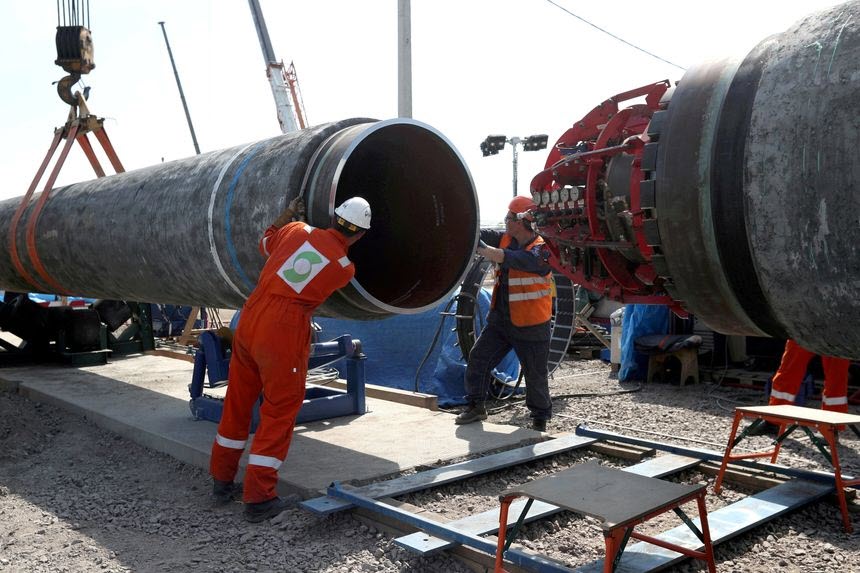 It has been a shift in commodity matrices like never before, where supply and demand are still critical, but not the only factors.

Geopolitical, natural gas hunger, low supplies in Europe and Asia, and no available capital for world  E&P activities are three key reasons that we may see that natural gas prices could double in the short run, and even go higher in the near future.

1: Geopolitical issues in the world are at an unparalleled potential for conflicts over energy. The disaster in Afghanistan has spread to military saber and tank rattling from Russia, China, and on through to Inda. Countries have gone to wars for less than leaving billions of dollars worth of equipment in a group of people that are not concerned about anybody but themselves.

With the United States allowing the completion of the Nordstream 2 pipeline from Russia to Germany, it has opened the Russian Pandora’s box. Putin has already been threatening to shut off the much-needed natural gas supply to Europe.

2: The world hunger for LNG. The LNG markets have been growing as countries cannot afford to offer tax incentives and move to renewables. Natural gas is one of the lowest-priced and eco-friendly forms of fossil fuels.

The natural gas storage levels in Europe are at a record low below the 5-year average. Much of their supply will have to come from U.S. E&P companies

The normal suppliers of natural gas exporting countries are having trouble with their export facilities. That has helped the natural gas exports from the United States attain the 41% over last year, and that is an estimated  10% of the nation’s production.

To catch up to the five-year average storage level by early winter, U.S. natural gas producers need to inject roughly 90.4 billion cubic feet each week from now, about 40% higher than the five-year average weekly buildup clip. The latest data by the Energy Information Administration shows that nat. Gas inventories climbed 52 bcf last week, way below what is required to build enough stockpiles for the winter.

3: Energy starvation is actually a “thing”. It’s something that I think many of us, if not all of us, would not like to see happening in the market’ — Oman’s energy minister. “My biggest fear, if we stop investing in the fossil fuel industry abruptly, is there will be energy starvation and the price of energy will just shoot (up),” said Al-Rumhi, in charge of output in the Middle East’s largest producer outside of the Organization of Petroleum Exporting Countries.

The oil and gas major E&P companies have all been under duress from the ESG and renewable-influenced financial markets. So much that they have moved to “Energy” companies rather than oil and gas companies. The supermajors have been using their higher oil and gas prices to pay back investors and not putting back into drilling for normal depletion replacement. While the E&P companies have been more fiscally responsible over the last couple of years, they do not have the financial capabilities to increase supply at the pace required to keep the cost down.

The world is now in a “Perfect Storm” brewing on the horizon. If this winter is even a portion of cold as it is being predicted, we will see the $9 natural gas prices. The United States is the main exporter to the Asia market, and we do not have the capabilities to ramp production in time to even meet the normal United States domestic demand.

If there is any disruption in supply, such as Russia playing politics, we could see the $12 and higher gas. While the high price may only last through the winter gas demand, it will have a tough time going back down below the $5 range.

The $5 natural gas may be the new long-term norm, but in the near term – buckle up.